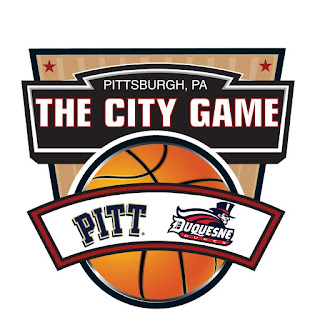 Duquesne University will take on the University of Pittsburgh in the annual “City Game” on Wednesday, December 5, 7pm at CONSOL Energy Center in the third consecutive neutral site meeting between the long-time rivals. Last year, Pitt earned an 80-69 victory in front of a record crowd of 15,880, the largest attendance in the history of the City Game series. The game played at CONSOL Energy Center was nationally televised. Pitt leads the all-time City Game Series 49-31.

Duquesne Head Coach Jim Ferry says, “I’m looking forward to being part of a great game in a great arena. With the success of last year’s NCAA tournament games, CONSOL Energy Center proved it is one of the top basketball venues in the country. It’s going to be a great college basketball atmosphere.”

“The Pitt-Duquesne game is always great for the city of Pittsburgh,” Pitt Head Coach Jamie Dixon said. “There is an amazing history between Pitt and Duquesne in basketball and playing the game at CONSOL Energy Center is an outstanding way to commemorate and promote the series.”


Tickets are on sale now at the Dick’s Sporting Goods Box Office at CONSOL Energy Center, ticketmaster.com and all Ticketmaster outlets. Pitt and Duquesne season ticket holders have the opportunity to purchase tickets beginning Friday, September 7.
GIVEAWAY:
We have 4 ticket vouchers to give to one lucky winner!
{Ticket vouchers can be exchanged for tickets at the Box office of CONSOL Energy Center}
*
Go here to enter.
*
Winner chosen at random. Winner has 24 hours to claim prize or a new winner will be selected. Contest open for entries until Tuesday, November 20th, 2012, 7pm.
By Kelly Hughes

Email ThisBlogThis!Share to TwitterShare to FacebookShare to Pinterest
Labels: GIVE-A-WAY, happenin' around town