Tea's women's collection is authentically inspired with a fundamental artistic interpretation of the global destination. prints! the hottest trend this season

Email ThisBlogThis!Share to TwitterShare to FacebookShare to Pinterest
Labels: for mom

We are fortunate enough to have one of the countries best children's museum right here in Pittsburgh! 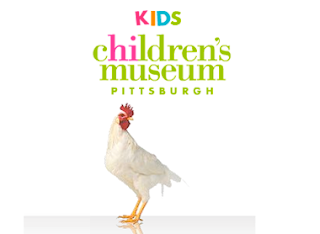 The Pgh Momtourage is excited to be partering together with the Children's Museum of Pittsburgh this year in promoting not only their many great hands-on play areas, but their traveling exhibits as well.

We recently had a Momtourage playdate at the Museum and our kiddos had so much fun - so hard to drag them away!

You must check out their current traveling exhibit before it's gone!

We didn’t invent the wheel, we made it more fun in this new exhibit created by Children’s Museum of Pittsburgh. Climb and clamber through tires that are seven feet tall. Test your riding skills on scooters, balance bikes, rickshaws, pump cars and more. Build a wheel with wooden rims and bungee cords. Climb on a vintage Harley Chopper or use a treadmill to set tires spinning overhead. Construct a vehicle with roller blade wheels and magnetic blocks or take the wheel yourself and go on a virtual tour of the Museum in our Smart Car.

We were also pleasantly surprised to find a new exhibit - Makeshop. 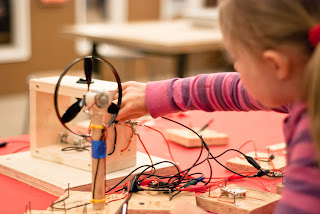 MakeShop is a space for building and tinkering hands-on with old and new technologies, exciting projects and cutting-edge media. Do-it-yourself with electronics, sewing machines, animation stations or woodworking PLUS make alongside some of the coolest indie crafters, hackers and inventors in the city! Visit the MakeShop blog.

Winners will be chosen at random.

Email ThisBlogThis!Share to TwitterShare to FacebookShare to Pinterest
Labels: check it out, GIVE-A-WAY

So looking for a perfect and unique baby gift? Browse Tea Collection to find adorable outfits inspired by various cultures and keepsake boxed gift sets. The Chinese Jacket and Pant Set for girls is too cute for words and a baby boy would pull the heart strings of every nurse wearing the Moon Jacket and Pant Set.
Check out Tea Collection today and receive an extra 30% off with promo code BABY30 only valid until Thursday, March 29th.
Don't forget to browse for something for mom too......... Email ThisBlogThis!Share to TwitterShare to FacebookShare to Pinterest
Labels: sale

DISNEY’S BEAUTY AND THE BEAST


DISNEY’S BEAUTY AND THE BEAST 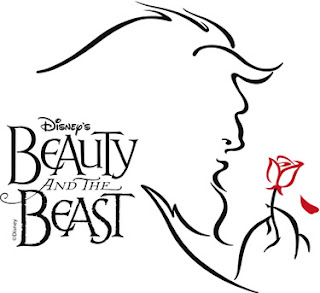 
Pittsburgh, PA: The Pittsburgh Cultural Trust and PNC Broadway Across America – Pittsburgh announce NETworks Presentations, LLC will bring the award-winning worldwide smash hit Broadway musical, Disney’s Beauty and the Beast to Heinz Hall from April 3 through April 8, 2012. This is a presentation of The Pittsburgh Cultural Trust, Pittsburgh Symphony and Broadway Across America.
Disney’s Beauty and the Beast features the animated film’s Academy Award®-winning score with music by Alan Menken and lyrics by the late Howard Ashman, with additional songs with music by Alan Menken and lyrics by Tim Rice. The book is written by Linda Woolverton.
The original creators of the Broadway production are together again for this new touring production. The play is directed by Rob Roth and choreographed by Matt West, with costume design by Ann Hould-Ward (Tony Award® winner for her work on Disney’s Beauty and the Beast), lighting design by Natasha Katz, scenic design by Stanley A. Meyer, sound design by John Petrafesa, Jr., and music supervision by Michael Kosarin.
Director Rob Roth: “It has been wonderful to bring the entire original design team back together to work on this new production of Beauty and the Beast. As a director, it is rare to have the opportunity to revisit your work fifteen years later. Hopefully I’ve grown and developed as an artist, along with my collaborators, and we can bring 15 years of experience to this new production. We have remained very close as a team over the years of producing the show around the world, and it has been so much fun getting together to re-explore and re-invent the show for this new NETworks tour. The theme of ‘Beauty’ is about seeing past the exterior into the heart of someone, and this is reflected in the design for the show, which is about transparency and layers, seeing past one thing and into another.”


Disney’s Beauty and the Beast is the classic story of Belle, a young woman in a provincial town, and the Beast, who is really a young prince trapped in a spell placed by an enchantress. If the Beast can learn to love and be loved, the curse will end and he will be transformed to his former self. But time is running out. If the Beast does not learn his lesson soon, he and his household will be doomed for all eternity.
Disney’s Beauty and the Beast has become an international sensation that has played to more than 35 million people worldwide in 21 countries. 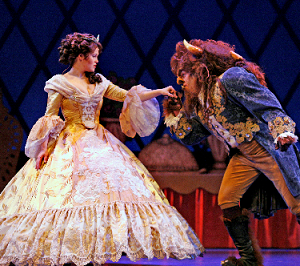 Cocoa & Cookie Adventure
Sunday, March 25
Time: 1:30 PM - 3:00 PM.
Location: Mellon Park
Difficulty: Easy
Join Venture Outdoors for a nice afternoon stroll through a local park!
Afterward, dip sugar cookies in the hot chocolate flavor of your choice.
Milk, dark, raspberry, with marshmallows or how about tiramisu!?!
Come taste them all and bring the parents! .
Cost: $5.00 non-member / $5.00 member / $5.00 kids.
Be sure to register on their website!

Sunday, March 25
Noon - 4pm
University of Pittsburgh Campus
And it's free!
The Pittsburgh Super Stroll invites everyone to dress up as their favorite superhero and go on a 1.5 mile adventure around Pitt’s campus.
Upon reaching the finish line, local and student organizations will be holding activities for adults and children to emphasize ways they can get involved in the community.
All proceeds go to the Free Care Fund of Children’s Hospital of Pittsburgh.
Super Stroll T-shirts will be given to those who pledge $5 or more when registering online!
Find out more info on their registration page or Facebook page.

Upcoming FREE Events around the 'Burgh

Mister Rogers Day – FREE Admission to The Children’s Museum
10 Children’s Way, Northside, Pittsburgh, PA 15212
10am - 5pm
Free admission
Free admission to the Children’s Museum in honor of Mister Rogers’ life.
One adult must accompany every 5 children.
Meet Mr. McFeely from 11am until 1pm!
For additional info, visit the Children’s Museum website.
*
First Day of Spring - Free Italian Ice at Rita’s!
Various locations around Pittsburgh
Noon until 9pm
In honor of the first day of spring, each guest can receive a free, regular size Italian Ice.
*
Won’t You Be My Neighbor Day at the National Aviary
FREE Admission for kids 5 & under
700 Arch Street, Pittsburgh, PA
10am until 5pm
Free for kids 5 and under
In honor of Mister Rogers, all children ages 5 and under will receive free admission to the National Aviary when accompanied by a paid adult.
By Kelly Hughes No comments:

Mixbook is back to give you an even better deal on their very best photo books!
Until April 1st, Mixbook is giving you the chance to save 50% off their 14x11 and 12x12 hardcover photo books! Save 50% off Mixbook's Biggest and Best Photo Books
*
Use Code: ANNUALSALE
*
Valid: March 5th - April 1st, 2012
Restrictions: This offer is only valid with coupon code ANNUALSALE and applies only to 14x11 photo books, 12x12 photo books. This offer cannot be combined with other coupons, vouchers, Groupons, or applied after an order has been placed. Discount applies only to completed projects. No adjustments on previous purchases. Shipping and taxes will apply.
By Kelly Hughes No comments:

Through March 31st Stella & Dot is offering up to 25% off select sale items!

Wouldn't it feel great to earn over $75 an hour working for yourself and running your own fashion social selling business? Well Stella & Dot allows you to do just that when you join their growing team of Independent Stylists. Stella & Dot creates flexible, work from home business opportunities for entrepreneurial women and their fabulous boutique-style jewelry and accessories line is adored by both fashion editors and celebrities. To find out more information on becoming a Stella & Dot Stylist visit www.stelladot.com/stylist.

Email ThisBlogThis!Share to TwitterShare to FacebookShare to Pinterest
Labels: check it out

"Spring showers bring May flowers" and the Poppies wall art is the perfect depiction of that childhood statement. These colorful flowers are perfect for a living room or kitchen and will stay bloomed all year long!  The Birds On Branches wall decal adds the perfect color and attitude for any room!
Who doesn't love the vibrant colors of the season? Brighten an office with the Geo Tiles. I love these tiles because of the wonderful colors and designs! Lot 26 Studio makes a quick makeover because all you need to do is peel and stick!
And the best part ~ currently, Lot 26 Studio is offering 10% off the entire store with promo code BLOOM10. With this offer you can trick Old Man Winter into leaving.
Happy Shopping!
By Kelly Hughes No comments: