Momtourage In The News

We have been honored by those who have shared about Pittsburgh Momtourage, how it began, and the encouragement they are to continue sharing resources for families!

One of our very first playdates (September, 2009) was a meet-up & picnic at Point State Park. Michel Sauret, who was then a photographer for the Pittsburgh Post-Gazette, happened to snap this picture which was featured in the paper the next day! 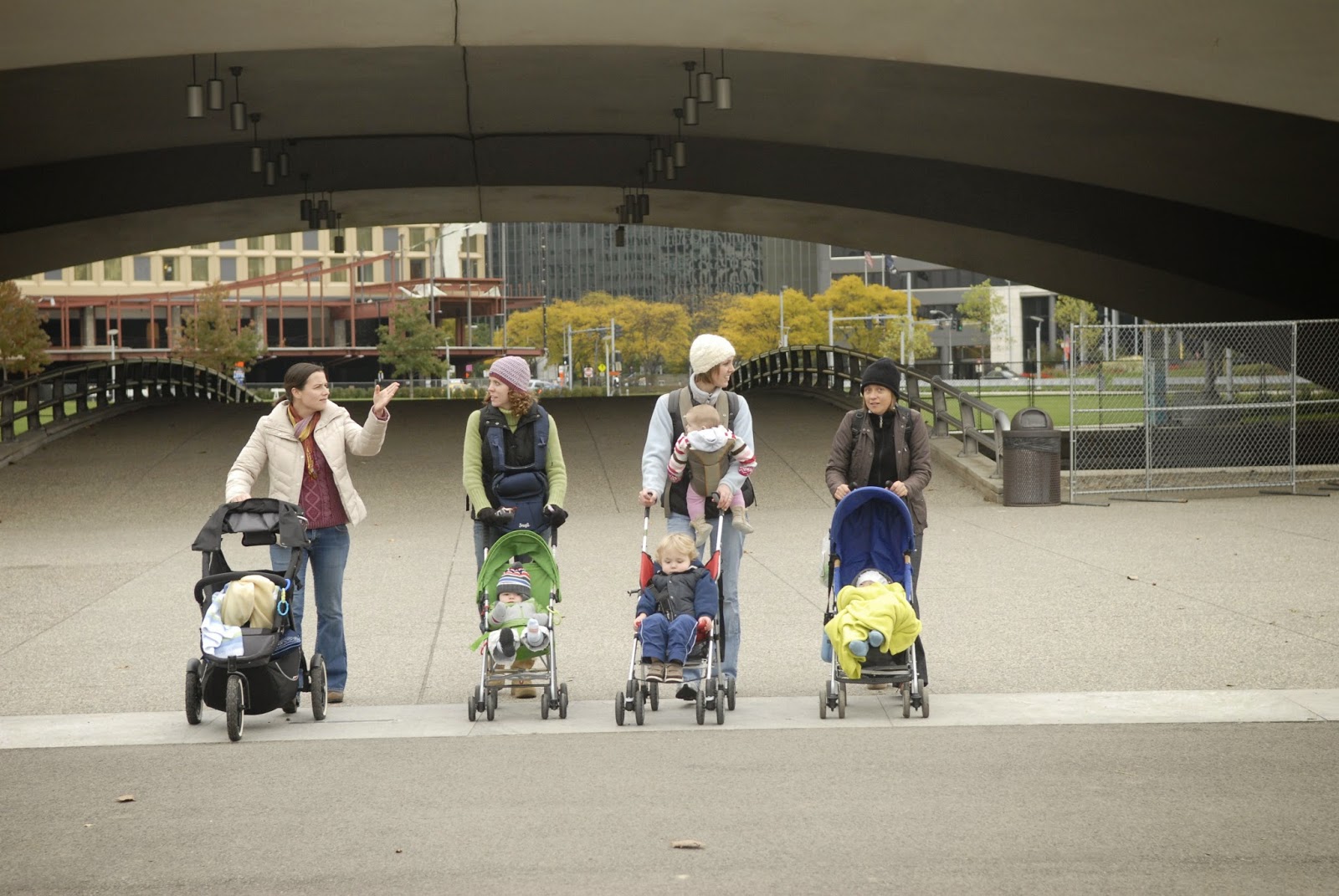 February 11th, 2014, was declared Pgh Momtourage Day in the City of Pittsburgh!
Councilwoman Theresa Kail-Smith, who is an amazing advocate for our city in her role, gave us a very high and unexpected honor in this special proclamation of Pgh Momtourage Day. 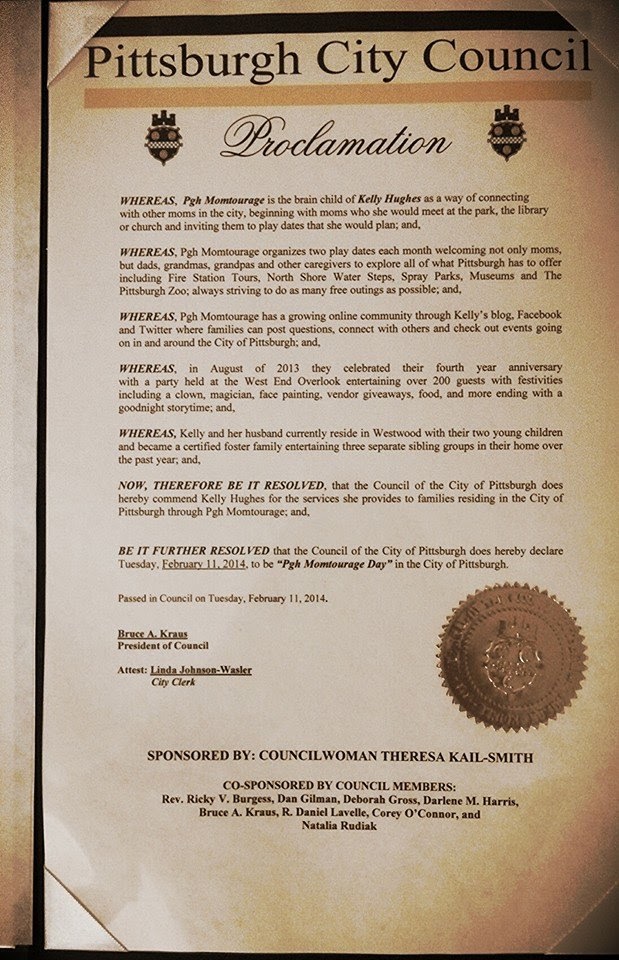 Kelly, pictured with 2 of her children and the members of City Council, at the County Courthouse as she accepts this award. 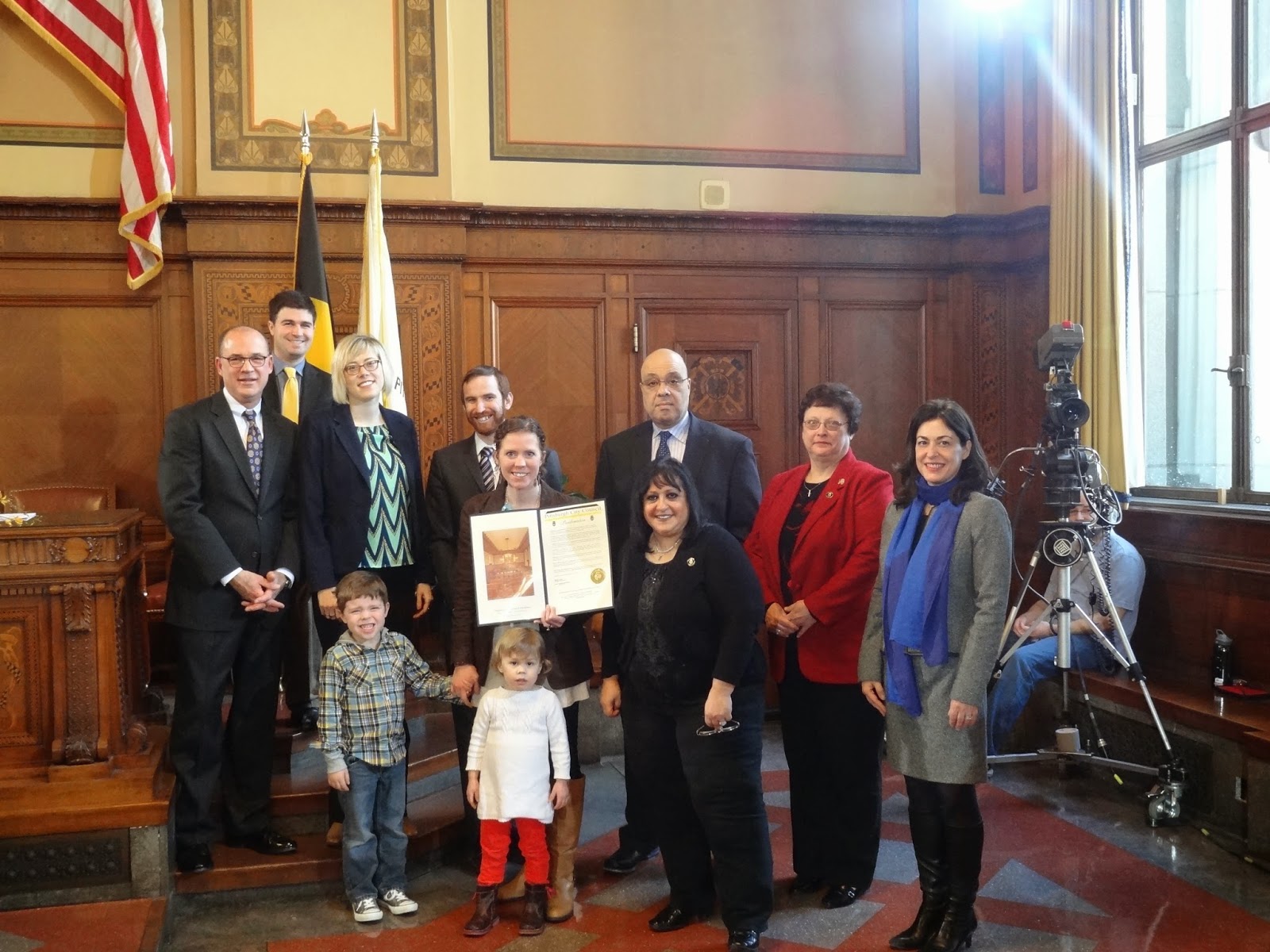 As a follow-up to Pgh Momtourage Day, David Conti of the Pittsburgh Tribune, featured us in their Newsmaker section. You can read his article here.

Nadine, from The Pittsburgh Mommy Blog, was so kind to include the Momtourage in her "Inspired Pittsburgh Mommy" series. We are grateful to be a part of resources for families, along with Nadine and the awesome work she is doing as well! You can read her interview with Kelly here.

Kelly was also honored by Pretty Living Magazine by a feature in their May 2014 online publication. Read her interview here.

Kelly Hughes, creator of the Pgh Momtourage, was one of the featured speakers at The Mom Con. 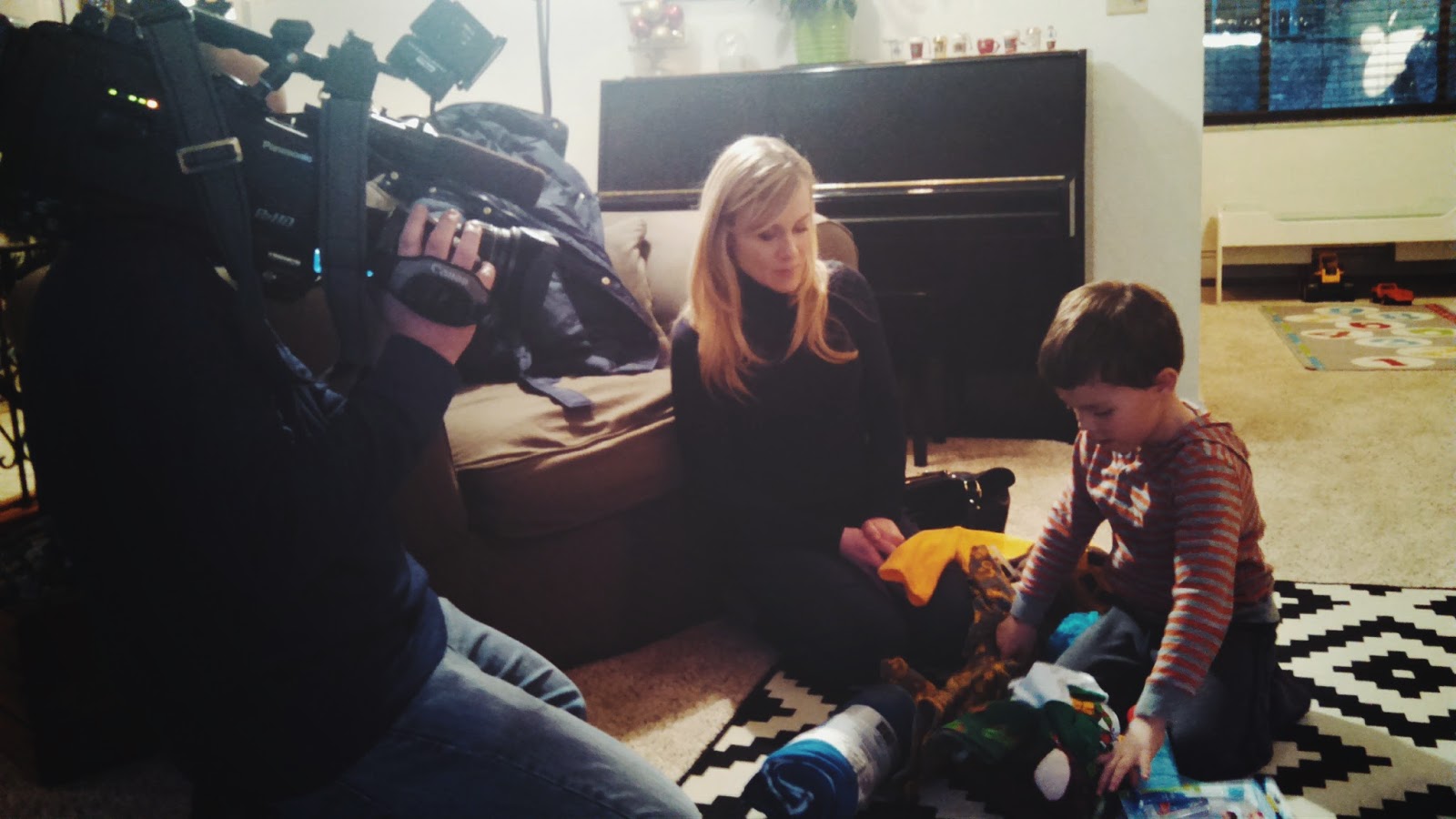