Pick Your Plan
To start getting eMeals, just choose a meal plan
based on your eating style, your family size
and even your favorite grocery store.

Get Great Recipes
Every week, your meal plan arrives in your inbox —
complete with seven simple, creative, family–friendly
dinner recipes. Each includes an entrée and side dishes.

Shop and Save
Along with the meal plan, you'll receive a detailed
grocery list organized by section and coordinated
with the weekly sales at selected stores.

Relax and Enjoy
We take care of the meal planning, the grocery list and
the budgeting — while you take credit for making healthy,
home–cooked meals that your whole family will love.
*

Email ThisBlogThis!Share to TwitterShare to FacebookShare to Pinterest
Labels: check it out, U.S. Family These work awesome for winter potty training, adding extra winter layers, and super fun ways to wear shorts or skirts - even in the cold!
And yes, they have great options for boys as well!
By Kelly Hughes No comments: 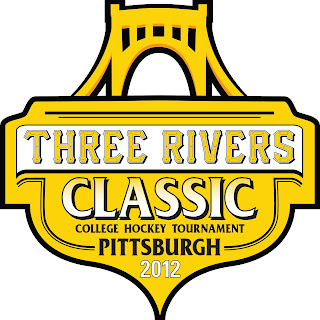 In December, it pays to shop with Stella & Dot! For every $50 you spend you will earn $25 in Dot Dollars to redeem for yourself in the new year. This is a great way to get gifts for friends and family while also shopping for yourself. You can apply the $25 Dot Dollars for every $50 you spend between Jan. 3rd-10th, 2013. Don't worry about forgetting your Dot Dollars because on January 3rd you'll receive an e-mail with your Dot Dollar promo codes and each code will represent a $25 Dot Dollars award. Below are some favorite pieces and gift ideas . . .

The Stella & Dot Metropolitan Mixed Chain Necklace is beautiful and is made up of mixed metal chains that are accented with four unique vintage inspired brooches. The Jacqueline Necklace was inspired by a vintage bracelet and was transformed into a modern look that can be worn with a simple top or can be used to accessorize dressy attire for benefits and galas--the options are endless! Go in style with the gorgeous Stella & Dot Felicity Hoops. These earrings feature turquoise and lapis gemstones which adorn a shiny 12k gold plated brass hoops. Be sure to check out Stella & Dot today and start earning your Dot Dollars! Happy Shopping! 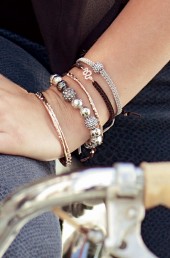 Save $7 on Harlem Globetrotter tickets!

The Globetrotters play at the CONSOL Energy Center, Dec. 26, 7pm.

Looking for an awesome event the whole family will enjoy? Get your tickets to the Harlem Globetrotters brand new "You Write the Rules" tour. Your family's smiles will start before you even get to the game as the Globetrotters take kid participation to a whole NEW level. Your family can vote at harlemglobetrotters.com and decide rules for the game that could affect the final outcome. With rules like double the points for every basket, and two balls in play at the same time, there's an exciting rule that every kid will enjoy. After the game, Globetrotter stars will stay on court to sign autographs and take photographs with your kids. The only thing better than finding an awesome event for the whole family, is getting a great deal on it.
Use the promo code "USFAMILY" when you buy tickets for your family to save $7 on each ticket purchased http://www.harlemglobetrotters.com/tickets*. Get ready to experience the show your family will remember for a lifetime!
*Discount available on select seating levels "

Since 1990, over 5 million children and adults have loved creating t-shirts, pillowcases, backpacks, tote bags, bandanas, and more for parties, slumber parties, and scout meetings with Colortime Crafts and Markers permanent fabric markers.  They have provided their customers the opportunity to entertain guests with a creative activity that becomes a permanent keepsake. They are also a licensed vendor of the Girl Scouts of America. Check out their wholesale program, great for organizations.
They also offer free downloadable coloring pages  and a "Birthday Club" with special incentives. 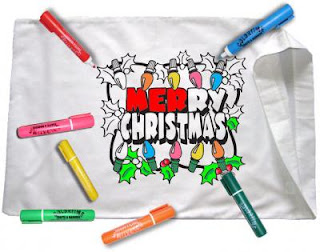 Get 15% off all orders Promo Code: 15USFG when you check them out at colortime.com .
By Kelly Hughes No comments:

Known as innovators of the game of basketball for decades, the world famous Harlem Globetrotters are again introducing something unparalleled in the history of sports and family entertainment, taking kid participation and fun to a whole new level when the Globetrotters come to CONSOL Energy Center in Pittsburgh on Wednesday, Dec. 26, 2012, at 7:00 p.m.

For the first time ever, during the Globetrotters’ 2013 “You Write the Rules” World Tour, your family’s smiles will begin before you even get to the show. Fans will decide the rules for the game that could affect the final outcome. This could be anything from playing with two basketballs at once, to getting double the points for each basket made.
Go online with your kids to www.harlemglobetrotters.com to vote for which ground-breaking rule you want to see implemented in the game. Then, get your tickets, and see the winning rules in live action at the Globetrotters’ world championship game.
Tickets, starting at $19.00, are on sale now at www.harlemglobetrotters.com, www.ticketmaster.com, the Dick’s Sporting Goods Box Office at CONSOL Energy Center, or by phone at 800-745-3000. Information on group and scout tickets can also be found at www.harlemglobetrotters.com.

Before the game, take part in a once-in-a-lifetime experience with your family where you get to actually spend time on the court with the Globetrotters one-on-one – shooting, trying out ball tricks, autographs and photos. The unique 30-minute pre-show, “Magic Pass,” will create memories of a lifetime.# After virtually every game, Globetrotter stars remain on the court for autographs and photographs with fans.
This year's Globetrotters roster features stars such as Hi-Lite Bruton, Dizzy Grant, Ant Atkinson, and female star Mighty Mitchell.
The 2012-2013 World Tour will carry on the Globetrotters’ tradition of:
* Displaying amazing basketball skills and wizardry, with a focus on family entertainment.
* Featuring an autograph session at the end of the game, allowing fans a chance to get autographs and interact with their favorite Globetrotter.
*
Giveaway:
We have 4 ticket vouchers for this game on Dec. 26 at the CONSOL to giveaway!
{Tickets vouchers to be exchanged for tickets at the box office at CONSOL}
*
What a great little stocking stuffer!
*
Go here to enter.
Winner chosen at random. Winner has 48 hours to claim prize or a new winner will be selected. Contest open for entries until Tuesday, December 11th, 2012, 7pm.

Catch a piece of the tour here: