Calling all Peg + Cat fans! You can catch a live show that incorporates comedy, music + more coming to downtown Pittsburgh! 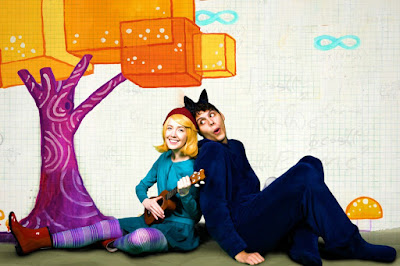 Peg + Cat is a preschool series on PBS that incorporates foundational math skills in a creative and exciting way. The characters count, sort and group their way to solutions to everyday problems. They incorporate musical rhythms and rhyming with a fun animation style as well! And with a girl leader, it also helps to break down the gender stereotype that girls are not awesome at math. 👌 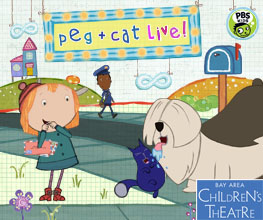 Based on the Emmy-winning PBS Kids show Peg + Cat, this totally awesome musical features wild comedy, countless favorite songs from the show, and Peg’s super coolest pal Ramone! When Peg’s Mom asks Peg and Cat to mail some really important letters, they come face to face with a really big dog. Really Big Problem! To solve it, they’ll need math—bar graphs, size comparison, position words, fair sharing, and a whole lot of counting. They’ll also need to count on each other, and the audience too, for their problem to be solved.

The show was originally scheduled for two time slots and had to be moved to one because of a scheduling conflict. So grab your tickets here before the show sells out!

This post sponsored in partnership with Pittsburgh Cultural Trust.
By Kelly Hughes

I would take my 5 year old daughter!

I didn’t realize this was coming to Pittsburgh, thanks for the heads up!

My kids love Peg + Cat! They would love going!

We would love this show!

I’d take one of the kiddos!

My 5 year old would love this show!

I would take my four-year-old son!

I would take my daughter Luna!

I would take my husband and children! They love Peg plus Cat

My daughter would love to go!! I credit her love of math to Peg + Cat, she was in love with that show when she was younger.

My boys would love this!

This would be fun