My kids have started seeing the signs around town for Disney On Ice presents Dare to Dream and it's "are we going, Mom? Are we going?!" Disney on Ice is one of our favorite shows. The ice skating is amazing and having them dressed in our favorite Disney characters is the cherry on top! This year's features are Tangled, Snow White and the Seven Dwarfs, The Princess and the Frog and Cinderella and we can't wait to see how these stories come to life on the ice. 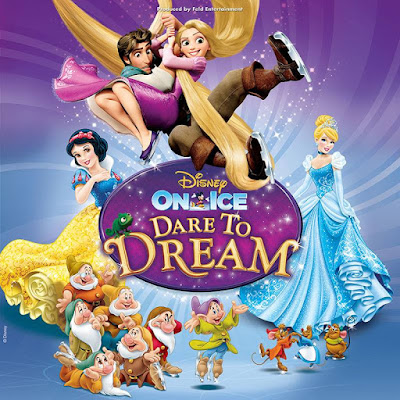 Join us for a hair-raising, jazzed up, unforgettable adventure with the Disney Princesses at Disney On Ice presents Dare To Dream.

Save $5 off on Select tickets to the show. Use Code MOM16.
Tickets at market pricing. No double discounts. Restrictions, exclusions and additional fees may apply. Offer expires on 12/4

Go here to view the show schedule and purchase tickets. 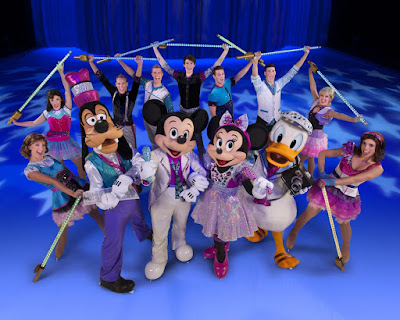 Feld Entertainment’s Exciting Disney On Ice Production is a Celebration of Royal Proportions
featuring Tangled, Snow White and the Seven Dwarfs, The Princess and the Frog and Cinderella

Join Mickey Mouse, Minnie Mouse, Donald and Goofy as they follow four of Disney’s most inspirational princesses on their adventures to fulfill their dreams in Feld Entertainment’s newest ice spectacular, Disney On Ice presents Dare to Dream. Combining the contemporary stories of two modern-day princesses, Rapunzel and Tiana, with the classic elegance of Cinderella and Snow White, Dare to Dream whisks audiences away on exciting journeys where dreams really do come true.

Audiences begin their magical, musical voyage in New Orleans celebrating the story of The Princess and the Frog with Princess Tiana and Prince Naveen, and then escape into the enchanted forest with Snow White and the Seven Dwarfs. The trip continues to Cinderella’s kingdom in her search for true love and follows Rapunzel as she discovers the world beyond her tower on her quest to see the floating lanterns. The Disney Princesses then come together for the first time on ice during the finale, to welcome Rapunzel into their royal court in the ultimate princess experience. 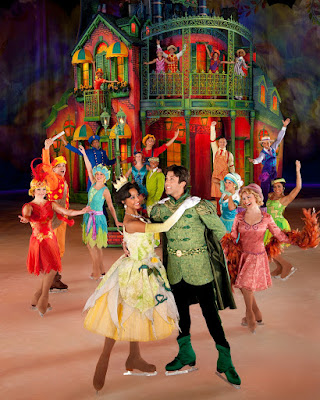 “There’s something within each of the stories of Tangled, The Princess and the Frog, Cinderella, and Snow White and the Seven Dwarfs that speaks to women and girls and families around the world,” says Producer Nicole Feld. “Each of these princesses is searching for what truly makes them happy. And I think that’s very reflective of what audiences are like today.”

“This show is different from anything we’ve ever done, and we’re excited about all the exhilarating aspects we’ve included in this production,” says Producer Juliette Feld. “This is the first time Rapunzel is featured on the ice with her tremendous amount of hair. And new this year, the Princess who started it all, Snow White, will be joining the show with the Seven Dwarfs, bringing more magic than ever before.” 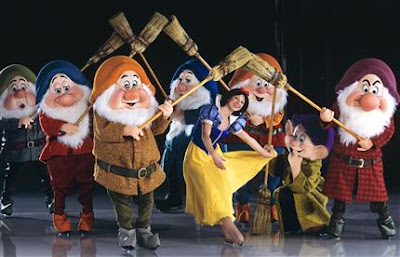 Another distinctive design element of Dare to Dream is the revolving set, an idea conceived by Scenic Designer Stan Meyer. By designing a rotating piece that transforms to specifically fit each of the unique settings of the stories, Meyer was able to create one major centerpiece with four entirely different environments. When the set morphs into Rapunzel’s forest, a paneled backdrop of pastel flora and butterflies opens and a majestic tower slowly emerges, rising from the ice as golden hair falls from the window.

Lighting Designer Peter Morse incorporated these same pastels and royal colors by surrounding the audience in rich shades of purple, a prominent color in Rapunzel’s world. When Rapunzel and Flynn Rider finally reach the end of their journey, the entire arena goes dark as a single lantern slowly floats up into the air, and suddenly, lanterns illuminate the sky above the audience.

“When we create Disney On Ice, what we’re hoping to do, aside from bringing families together and telling great stories, is create memorable moments,” says Producer Kenneth Feld. “In the Tangled sequence, there is one moment that is absolutely unforgettable. At every show, one special child is picked to launch the first lantern. All you see is the one lantern that goes up, and as soon as it reaches the top, all the other lanterns light up the arena. It’s breathtaking.” 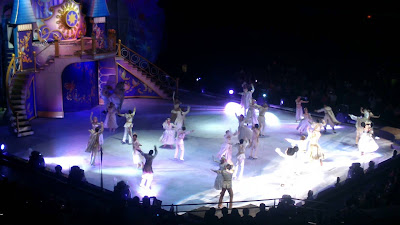 Here's something fun to bring with you to the show! Click on each picture below to print and create a Mickey or Minnie crown for your kiddos. ❤ 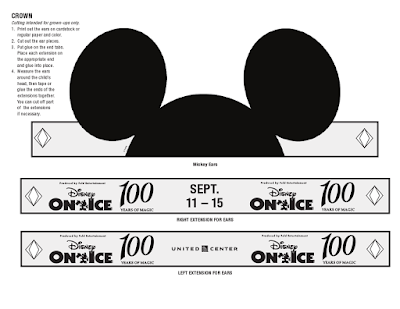 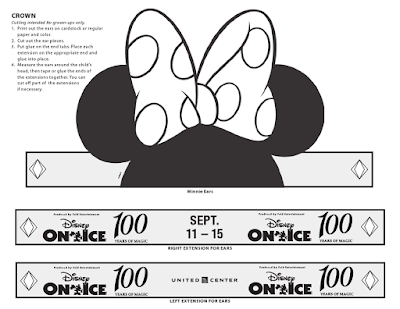 We're excited for the show, I hope you are as well! 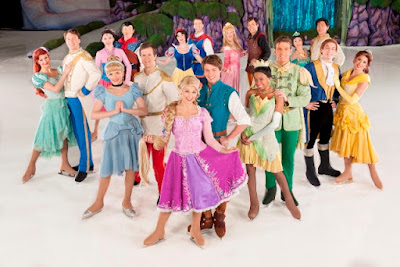 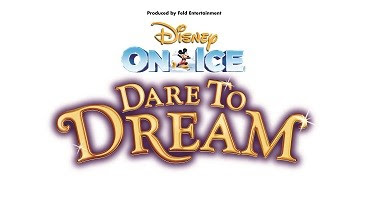 Disclosure: I am an FEI Family Activator and received tickets in exchange for promotion of this show. All opinions remain my own as I don't endorse venues I don't love!

Did you know that you can create short urls with AdFly and get cash for every click on your short urls.