My son couldn't have been more excited when a LEGO KidsFest flyer arrived in our mailbox! And I couldn't have been more thrilled for him then when I was invited to attend! :) My son has spent many hours upon hours building LEGO creations and I'm pretty sure he's going to be in a little piece of heaven at LEGO KidsFest!
Unfortunately, LEGO KidsFest is not coming to Pittsburgh this year, but it will be in Cleveland. This is just over 2 hours from Pittsburgh and from the looks of it, I think it will definitely be worth the drive!!
The LEGO KidsFest is a traveling LEGO extravaganza featuring millions of LEGO bricks and dozens of hands-on, educational, and fun building activities for all ages. It features dozens of life-sized LEGO models and displays, LEGO building areas, the Big Brick Pile, race ramps and more, all covering more than three acres of space. 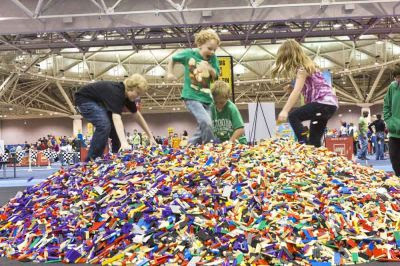 SOME OF THE ACTIVITIES (subject to change):

* LEGO Model Museum: dozens of life-sized models made entirely from LEGO bricks
* Race Ramps: build a custom car, then race it down the ramp against friends and family
* LEGO Star Wars: build and display a Star Wars model
* Creation Nation: build your own creation to add to a custom map of the U.S.
* LEGO DUPLO: younger visitors can explore imagination through building
* LEGO Retail: purchase LEGO merchandise and official KidsFest tour goods
* Brick Pile: a gigantic pile full of LEGO bricks for creative play and enjoyment
* Monochromatic Builds: bricks of a single color to foster group creativity
* LEGO Friends: build for the five empowered friends from Heartlake City
* LEGO Ninjago: spin the way to being a Spinjitzu member
* LEGO Mindstorms: build and program robots and snakes
* LEGO Technic: get hands-on with the cool, realistic vehicles at the booth
* LEGO Disney Princess: create a princess scene to add to a LEGO story book

The award-winning LEGO KidsFest Ohio returns to Cleveland's I-X Center from Nov. 4 - 6, 2016. New activities and popular favorites will be featured in this interactive event.Those who attended the previous show can once again expect hands-on building, creative experiences and one-of-a-kind activities. Children of all ages and builders of all skills and levels are welcome. LEGO KidsFest features dozens of new activities and popular favorites on the three-acre show floor.
New activities for this year's visit include LEGO Mindstorms, LEGO Movie, LEGO Disney Princess, the Mixels, a LEGO Superheroes area and more.Once again, show-goers can enjoy the LEGO Model Museum, Race Ramps, Creation Nation, Construction Zone, LEGO DUPLO, LEGO Retail store and LEGO KidsFest Marketplace, the Big Brick Pile, LEGO Ninjago and more."We're thrilled to be returning to the Cleveland area," said Vince Rubino, Events Manager for LEGO Systems, Inc. "We've got a host of new activities as well as some areas we know are very popular with our fans. Not only will families create some new memories at the show, they'll get another chance to flex and showcase their building skills. This event is a must for the true LEGO fan." 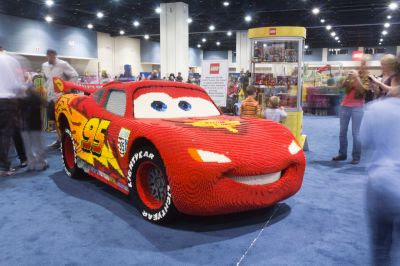 Five sessions - all identical and 4 1/2 half hours in length - are held at each tour stop. LEGO KidsFest tickets can be purchased at www.LEGOkidsfest.com. Tickets are $19 for the Friday and Sunday afternoon sessions, and $22 for both sessions on Saturday and the Sunday morning session.On tour since 2009, previous LEGO KidsFest tour stops have included major cities such as Chicago, Boston, Dallas, Atlanta, San Jose, Cleveland, Richmond, Phoenix, Portland and more.
Events have been selling out in prior cities ... get your tickets early! Go here to purchase tickets. 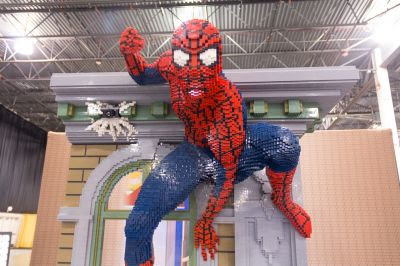 GIVEAWAY:
One of my followers will win (2) tickets to for the opening night session on Friday, Nov 4, 2016 (4-8:30pm). I encourage you to LIKE and Follow LEGOKidsFest on Facebook, Twitter and/or Instagram for all the latest ticketing updates as this event has been selling out in prior cities. Must be 18 to enter, 1 entry per day allowed, random drawing by USFG.Winner will be randomly chosen by USFG on and announced on my Blog and notified via email. Contest ends October 13, 2016. 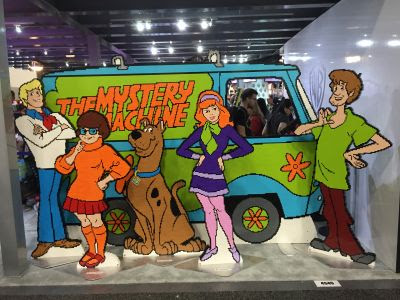 promotion. All opinions remain my own as I don't endorse companies that I don't value.
By Kelly Hughes

Many thanks. I'm glad you found the post useful.

There is a chance you qualify for a new solar energy rebate program.
Click here and discover if you qualify now!