It is one of my kids favorite time of year again - circus time! We have been to the Ringling Bros. Circus several years in a row and my kids absolutely love it. This year, Ringling Bros.® Presents Built To Amaze! a Circus Spectacular Extraordinarily Engineered by The Greatest Show On Earth®. 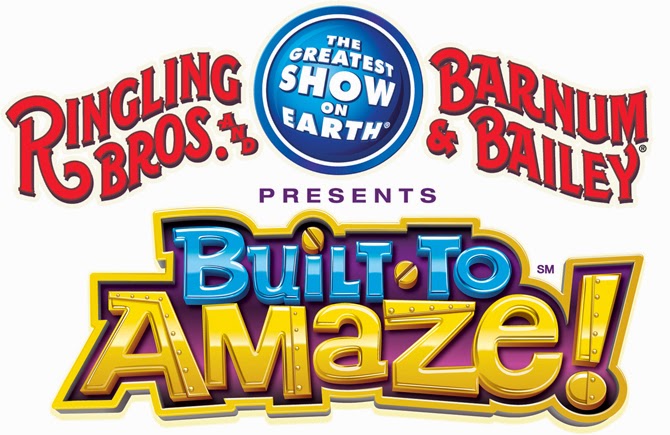 Built To Amaze! opens with the All-Access Pre-show where everyone is invited to join the fun and meet the Built To Amaze! international cast of performers as they prepare for the show. The Ringling Bros.® Ringling Girls and Barnum B-Boys encourage kids to participate in a tug-of- war and kick off what will soon become an insane battle of girl power versus boy power in Built To Amaze! Audiences also can pick up some hip dance moves during the dance party, try on custom designed costumes, learn circus skills like juggling from the famous Ringling Bros. Clown Alley and even have the opportunity to witness and win a one of a kind masterpiece created by Asia, Ringling Bros. very own painting pachyderm! 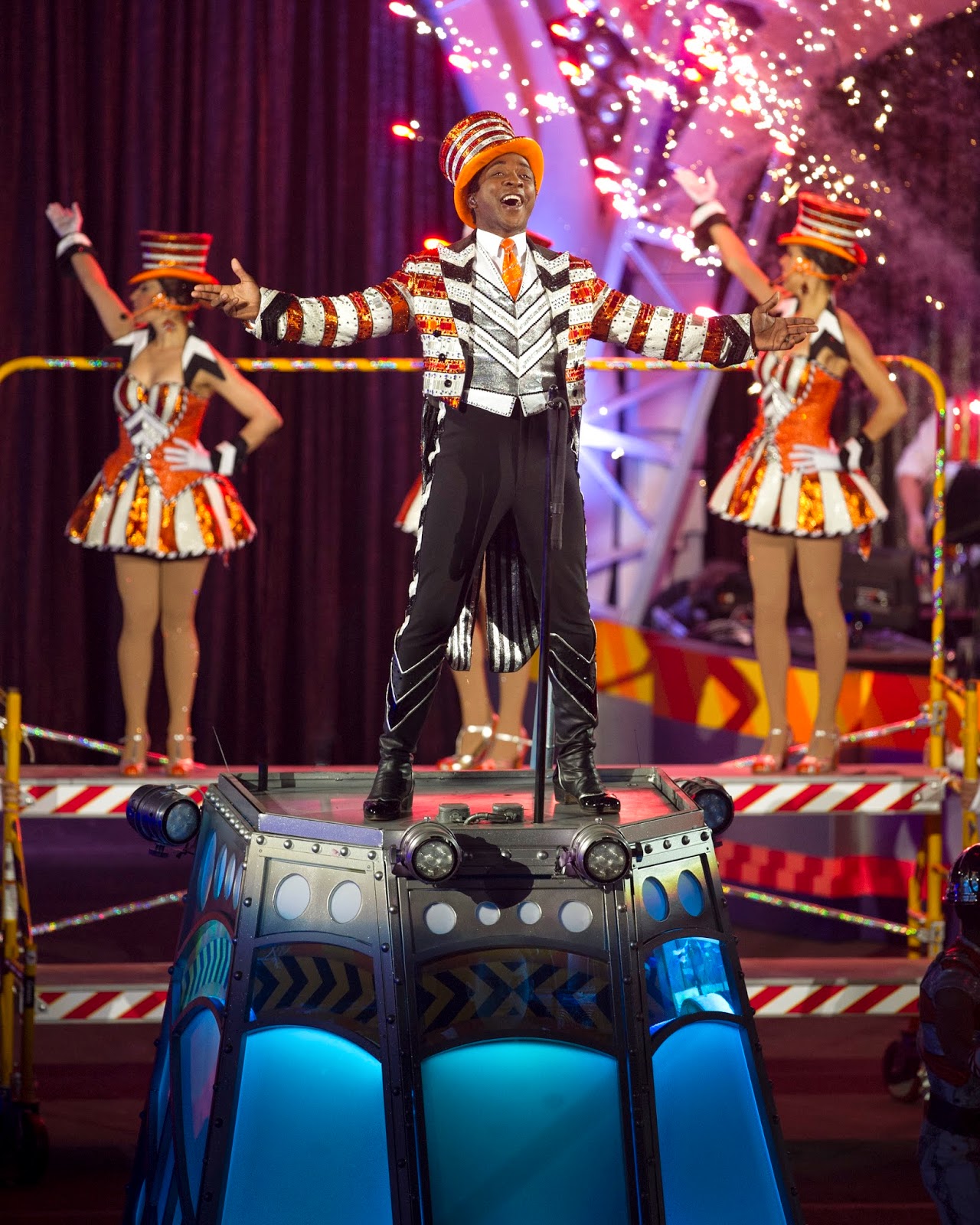 Andre McClain, Ringmaster and America’s favorite cowboy takes the Ringling Bros. reins and accompanied by his horse Comanche, leads his Built To Amaze! funny and mischievous super circus supervisors, to construct The Greatest Show On Earth. A fantastic design with more than 110 of the world’s best performers representing 17 countries along with 95 exotic and domestic animals will be assembled, creating never-before-seen heart pounding performances. Ringling Bros. is thrilled to introduce nine-time international award winning comedic animal presenting duo Alex and Irina Emelin of Russia.  Also new to Ringling Bros. is the Tower Tumblers, a troupe of competitive aerial athletes from the Ukraine who launch themselves from trampolines to scale, repel and pass through a three-story high translucent tower. Ringling Bros. brings a spirited and fiery competition of basketball with the next generation of whirling unicyclists, the legendary King Charles Troupe hailing from New York City! 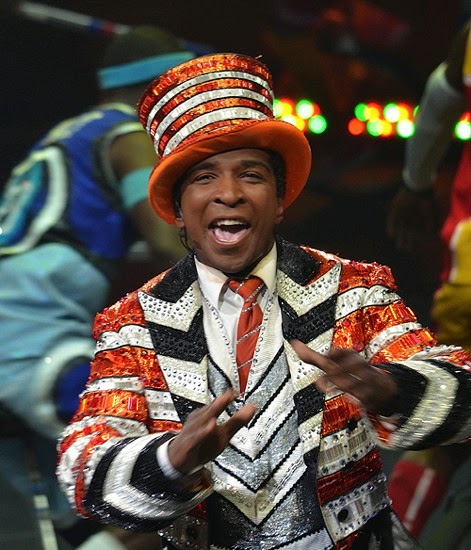 For more information, go to Ringling.com and visit us at www.facebook.com/RinglingBros.

Tickets for Ringling Bros. and Barnum & Bailey PRESENTS Built To Amaze start at just $21.55. All seats are reserved, and tickets are available online at Ticketmaster.com, by phone at 1-800-745-3000, or in person at the CONSOL Energy Center Box Office. For group rates and information, call 412-804-7904.

GIVEAWAY:
I have 4 ticket vouchers to give away! The winner will be mailed the vouchers and need to exchange for tickets at the Dick’s Sporting Goods Box Office at the CONSOL Energy Center as soon as possible. The vouchers are good for performances on Wednesday and Thursday evening only.


a Rafflecopter giveaway
Feld Entertainment is the worldwide leader in producing and presenting live touring family entertainment experiences that lift the human spirit and create indelible memories, with 30 million people in attendance at its shows each year. Feld Entertainment’s productions have appeared in more than 70 countries and on six continents to date and include Ringling Bros. and Barnum & Bailey®, Monster Jam®, Monster Energy Supercross, Nuclear Cowboyz®, AMSOIL Arenacross, Disney On Ice, Disney Live! and Marvel Universe LIVE! More information on Feld Entertainment is available online at www.feldentertainment.com.

I haven't been to the circus since I was a kid! Would love to take mine.

We went to the circus a few years ago when I stood in line to get tickets for $1 for an anniversary special(as a family of 6 that is the only way we are all going lol) and I loved watching the kids dance with the clowns!

I don't remember to much about my childhood memories of a circus but I know my family loves these types of fun!

We would love to go to the circus!!

I have never been to the circus! My kids and I would love it! Catherine Wall

Last time we went to a circus my nephew went nuts about the motorcycles in the metal cage. He thought it was amazing.

i remember the year the circus was promoting a unicorn .. . but it was just a goat with a well-shaped horn!

I loved the motorcycles riding around in the cage and the tigers jumping through the fire hoops, soo fun!!

Ohhhh. .. take me out to the circus!!! I want to buy peanuts and cracker Jacks and have a look back!!!

I went when I was 3 and only remember the stinky elephants! Haha

My daughter would be THRILLED to win this!!!

I always enjoyed seeing circus elephants! They never cease to amaze me. That and the flying trapeze!

There is so much we love about the circus it's difficult to pinpoint just one thing, but the elephants and the smiles on my grandson's face in amazement are on top! Thank you for an entry - Debbie

I don't have any specific memories, but I would love to take my kids so they can make their own!

I have never been to the circus. I would love to make new memories with my family.

I think the best thing was the elephants

My son loves animals so this would be so fun for him! 239

I remember riding an elephant at the circus when I was a kid.

I love the circus! We went almost every year when I was a kid, and I love the trapeze artists!

The elephants were a childhood favorite.

I remember getting snow comes in an elephant mug! Loved that part and my mom still has the mug! Makes me remember going to the circus 20 years ago all over again!

Maybe not quite a "favorite" memory, but the one that sticks out in my memory is when I went to the circus as a child in a storm. The rain was pouring in through the tent and water and mud pooled around our feet!