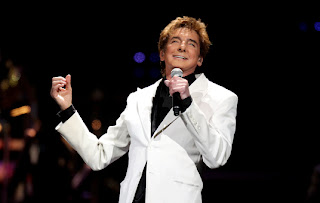 Direct from Broadway, following a critically acclaimed sold out run on New York’s Great White Way, Barry Manilow, the undisputed #1 Adult Contemporary Artist of all time, brings his MANILOW ON BROADWAY concert to Pittsburgh. Don't miss this unprecedented concert as Manilow performs songs from his massive catalog of hits. From “Mandy” to "I Write the Songs" to "Copacabana (At The Copa)" and so many more, Manilow’s Broadway show has become as legendary as the man himself.
*
April 19th, 2013
7:30pm
CONSOL Energy Center
*
Purchase tickets here.
*
GIVEAWAY:
2 lucky winners will each win 2 tickets!
*
Go here to enter.
*
Contest open for entries until Monday, April 15th, 2013, 7pm. Winners chosen at random. Winner has 24 hours to claim prize or a new winner will be selected. Tickets will be held at Will Call under winner's name, be sure to have your ID. I was given tickets in exchange for promoting this venue.
*
Here’s is what the critics have said about MANILOW ON BROADWAY:
“THE MAGIC IS BACK!” – The New... York Times

"BARRY MANILOW SHINES IN HIS TRIUMPHANT RETURN TO HIS HOMETOWN!” – Daily News

"THE THEATRE ERUPTS WITH JOY!" - The New York Times

"YOU CAN'T HELP BUT DANCE IN THE AISLES!" - Entertainment Weekly

"MANILOW SENDS THE AUDIENCE OUT ON A HIGHT NOTE!" - Hollywood Reporter