We love going to unique shows as a family and Circo Comedia looks like a great one! I'm pretty sure it's going to pull lots of laughs out of my kids and they're going to love seeing these fun stunts. 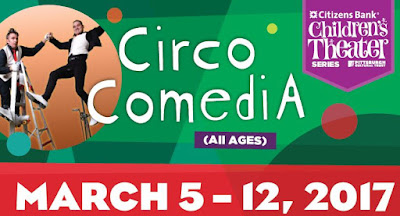 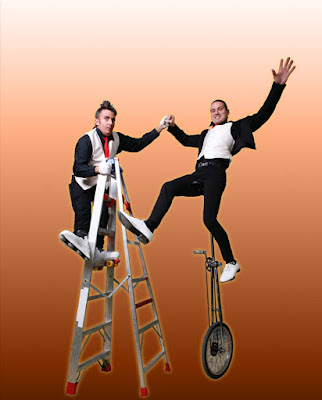 Circo Comedia stars duo Jean Saucier and Patrick Côté. Montreal natives, Saucier and Côté perform acrobatic tricks and daring feats topped with their humor and eccentricity. Saucier, an equilibrist, juggler, trick cyclist, acrobat and magician, performs from great heights while Côté, a clown, expert roller skater and drummer, acts as his somewhat imperfect assistant. The show follows the tradition of the Quebec Circus. Standard Free Holder, raved, “Their fast paced entertaining show was an adventure for all ages. Stunts and tricks were enjoyed by the sell-out crowd who found it hard not to laugh, as the talented duo reached out to involve the audience in their routines.”
Jean Saucier has been performing since a young age. At 18, he attended the École National du Cirque de Montréal.  He was later hired by Cirque du Soleil. From 1999-2006, Saucier performed with his first Circo Comedia partner, Lawrence Smythe. In 2004, Saucier began performing Circo Comedia with current partner Patrick Côté.
Patrick Côté also trained at École National due Cirque du Montréal. Since the late 1980s, Côté has been creating comedic characters and performances for an array of audiences. He joined Saucier in Circo Comedia in 2004.   For more information, visit www.circocomedia.com. 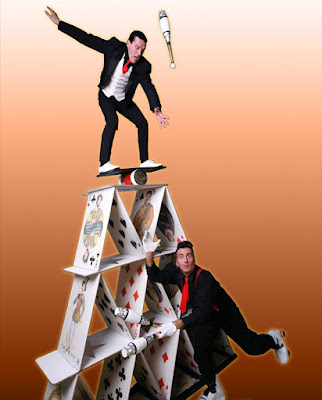 The best part is that tickets start at just $10!

Age Recommendation: Best for All Ages
All ages are allowed. Children under two are free but require a lap pass to enter.
GIVEAWAY:
We have 4 tickets to giveaway to one family! (Winner will receive vouchers to redeem for the show of their choice.) Go here to enter.......
a Rafflecopter giveaway 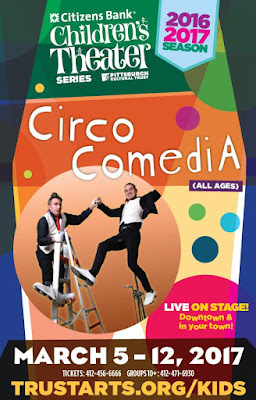 This post sponsored by Pittsburgh Cultural Trust, so I received compensation or products in exchange for my promotion. All opinions remain my own as I don't endorse companies that I don't value.
By Kelly Hughes

My daughter is always amazed by the high quality of life performances that we see. She leaves motivated and excited about perfecting her craft. I'm certain that this show would have the same impact on her.

My daughter is always inspired after seeing a live show. She will sing, dance,and copy what she saw.

My kids love watching shows -- it defnitely stems their creativity and puts entertainment squarely beyond the screen! <3

This show sounds very exciting and would make an impression on my kids.

This looks amazing, I would love to take my son and a couple of his friends!