I was super excited a few months back, when a production company contacted me about promoting their Cirque du Soleil show that was coming to Pittsburgh!
They asked me to check out the show and, as you probably already know, gave us a family 4-pack of tickets to give away!
{Lucky winner - Michaelena} =)
Cirque du Soleil TOTEM was A.M.A.Z.I.N.G!!
The acrobatics, the athleticism, the concentration.....how do humans do those kind of stunts?! 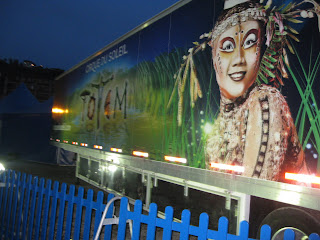 You may have seen the giant tent go up in the Strip District. 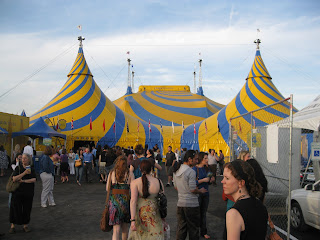 It's hard to see in this pic, but there was a giant screen built into the floor that was incredible.
The live music, the sound effects, the dancing, the singing.....such a fun show. One thing I didn't expect was that there was also a lot of humor built in and was quite funny as well! 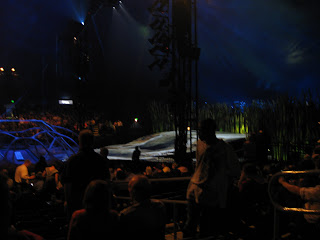 It was very loud with lots of bright flashes and noises, so I don't know that I would recommend bringing children that were very young. 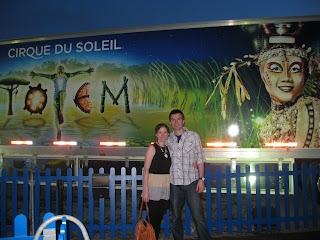 Thank you Hadley Media!
You can still book tickets here.
By Kelly Hughes